How To Love a PISCES WOMAN
& Make Her Love You Back… 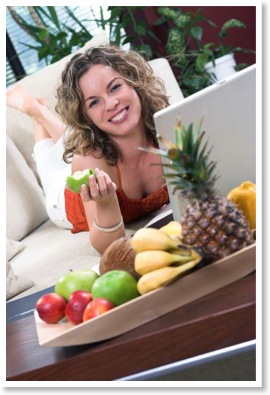 The Pisces Female represents an intoxicating blend of earth-bound passion and otherworldly fantasy.

Men are entranced by her at first glance and haunted by her forever after.

They may try to recall what it is about her that’s so enchanting, but they can never understand the secrets of her siren song.

The Pisces female’s remarkable ability to deal with and manipulate men is uncanny. Pisces female makes men feel masculine and in control, while her gentle softness and frailty draw out their instincts to be protective and strong – all of which make men fall at her feet.

Pisces female is not one to pick who she’s with on the spur of the moment, she is far more discerning with her gifts of love.

Pisces can quickly uncover secrets that lie hidden underneath the social facade. BS artists are transparent to her as her powerful intuition and psychic nature sees through to what they’re really after.

Highly in tune with the subtleties in what someone says or how someone acts, the pisces woman quickly bails out if what she sees and hears aren’t what they’re supposed to be.

Piscean women choose lovers that tend to be of two opposing types.

She often finds herself attracted to emotionally insecure or wounded guys that she can nurture and “mother”. This often leaves the Pisces female feeling drained or taken for granted.

She also falls for the opposite type of partner—one who is virile, masculine, with a strong sense of self-determination and responsibility, someone who can protect, provide for and care for her, giving her the support and guidance that she needs.

To the Pisces female, love is everything and everywhere.

When a Pisces woman is happy and in love all that is seems wondrous and tingling with excitement. When she is in despair over a relationship failure, the world stops turning. Pisces female’s single strongest desire is to be lost in love with her soul mate, to be bonded with her partner in a magical and perfect union.

More than any other zodiac birth sign, Pisces can transform herself into the image that her partner seeks. Pisces being a mutable sign, she adapts easily, almost effortlessly. Still, this mysterious pisces woman remains quite her own person: elusive, unattainable, beguiling. She is someone that everyone wants and no one quite understands.

For all her charm and allure, the Pisces woman can have her head too far in the clouds. Fantasy is her most real experience.

At times, the pisces female’s hyper-affectionate characteristics can develop into dependency. But her powerful psychic intuition always clues her in when she’s reached the limit of her partner’s patience.

Pisces female can always, if she so chooses, win back a man’s affection and love. However, like all Pisces, she can be touchy and oversensitive when she feels misunderstood.

What Pisces female needs most is caring patience and steady support. She hurt terribly by the slightest hint of rejection. When she’s handled with love and care, however, the sensuous, magnetic side of her is always at the surface.

The secret of being with the mystical, enchanting, sensitive Pisces female is to keep the romance alive. To her, romance and love is life itself.

Discover what makes Pisces the unique, creative fish they are!